Born Wilhelmine Weil on 24 August 1877 in Tübingen. Father is the banker Friedrich W. from Hechingen, mother is Sofie W., née Mayer, both of the Israelite religion and living in Tübingen (first and second registers of the registry office). Her call name was Mina.

On 1 April 1899 she married the Jewish merchant Josef Mayer, born on 16 July 1866 in Mainz. Her 53-year-old father and the 32-year-old lawyer Dr. Simon Hayum were present as witnesses at the marriage ceremony. 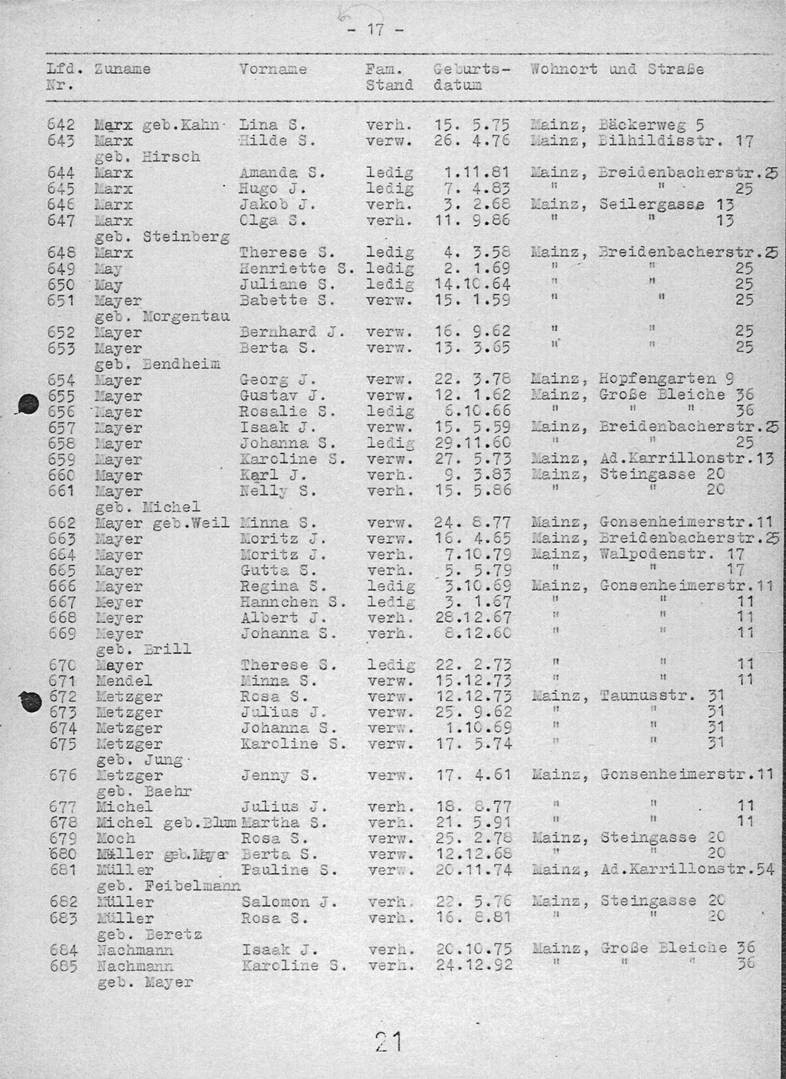 According to Lilli Zapf, the young couple moved to Mainz. However, the husband died only two years later. The widowed Wilhelmine lived alone in Mainz until 1923, when she temporarily moved back to Tübingen after her father’s death and lived with her mother at Grabenstraße 1 and later at Nauklerstraße 31. In 1935 she moved back to Mainz with her almost 90-year-old mother.

On the reconstructed copy of a Gestapo list from the Mainz city archive, which documents the deportation from Mainz to Theresienstadt on 27 September 1942, the name Minna Mayer, née Weil, is also found. The last residential address mentioned is Gonsenheimerstrasse 11 in Mainz. There was an Israelite hospital and old people’s home there, where her mother Sofie Weil last stayed.