On 22.10/23.1940 Lina B. was deported from Randegg (house 108), Baden to the internment camp Gurs. Lina B. was deported together with her husband Salomon Bloch in cattle cars from Drancy to Auschwitz on 30.5.1944. Between 1941 and 1944, mainly French Jews were imprisoned in the collection camp Drancy, near Paris, and deported from here to the extermination camps in the East.  On 30 May 1944, the 75th transport already left the Drancy camp with the destination Auschwitz-Birkenau with about 1000 people. Lina B. and her husband Salomon Bloch were also on this transport, which arrived at the railway station in Ausschwitz on 2 June 1944. More than 600 people were murdered in gas chambers immediately upon arrival at Auschwitz. Only 99 people who were on this transport survived. 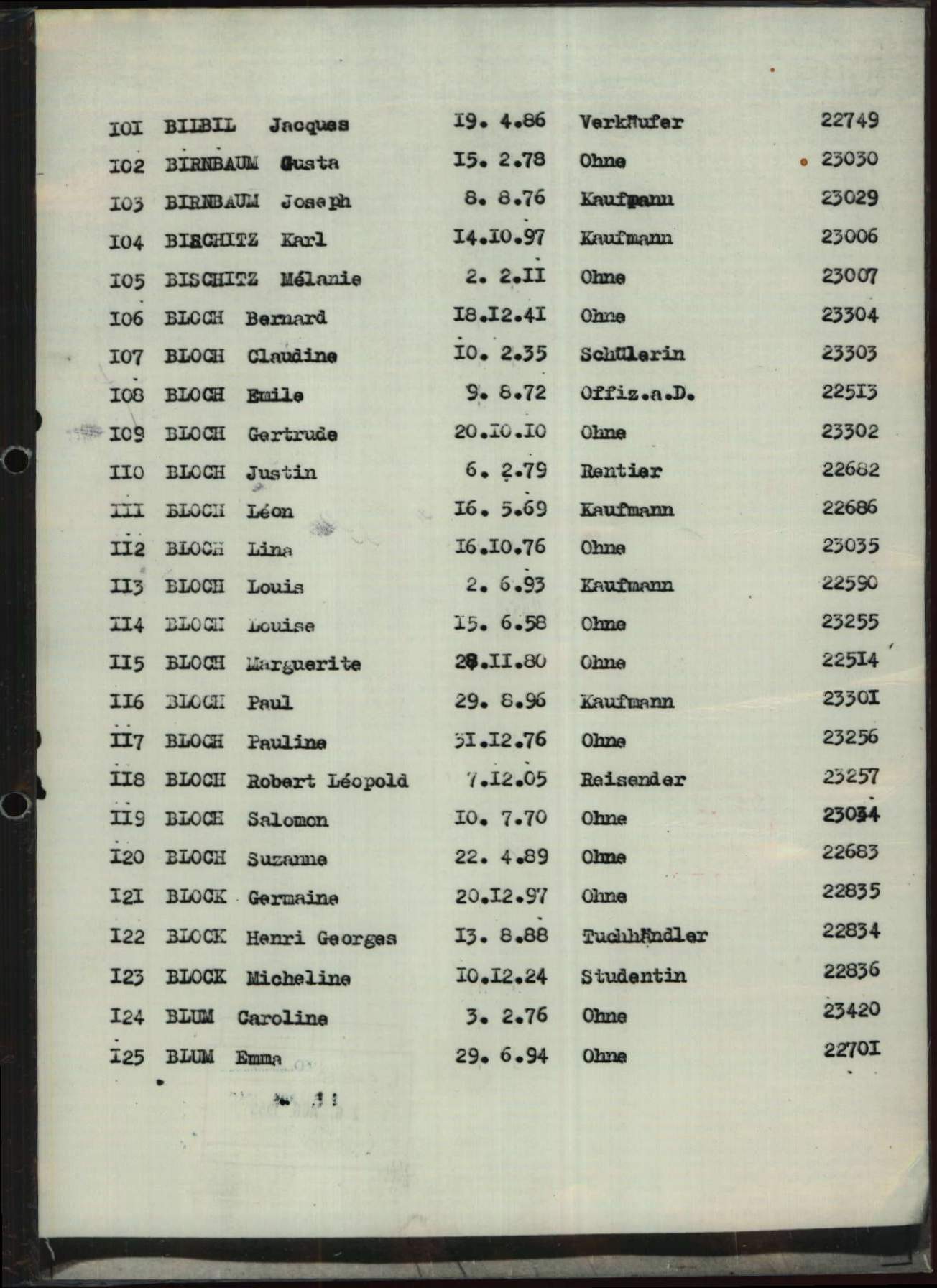 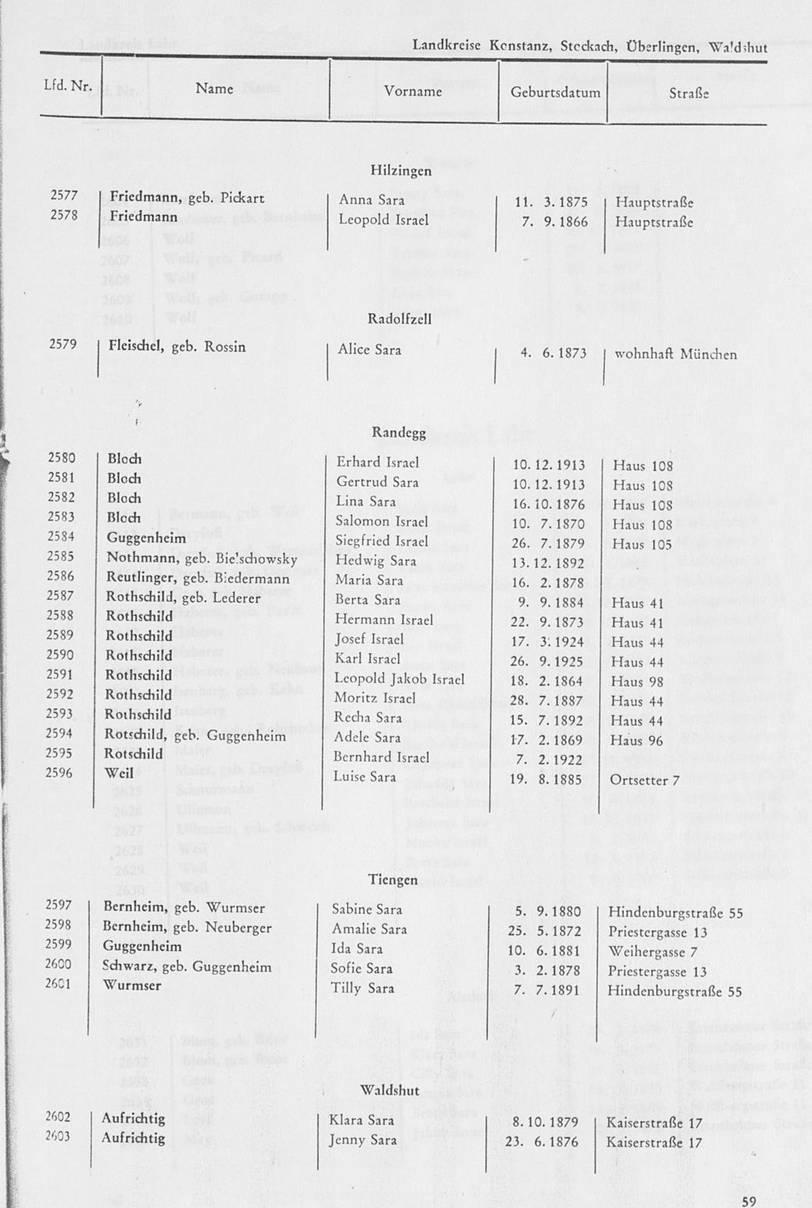 In the memorial book of the Federal Archives, Lina B. is declared dead. This information is not confirmed.

Page of Testimony from the niece (87)