On 22 August 1942, a Reichsbahn train left Stuttgart’s Nordbahnhof station. In it, the German Reichsbahn transported over 1380 mostly elderly Jews from Württemberg, Hohenzollern and Baden to the Theresienstadt (Terezín) ghetto. The fortified town from the time when it belonged to the Habsburg Empire is now in the Czech Republic. In November 1941, the German administration set up a collection and transit camp in the garrison town, initially mainly for the Jewish population of the “Reich Protectorate of Bohemia and Moravia” (the core of the Czech Republic and Slovakia).

SS-Obergruppenführer Reinhard Heydrich announced after the “Wannsee Conference” that all Reich Jews over the age of 65 would be taken to the Theresienstadt old-age ghetto. This happened from 1942 onwards. During a short phase, the Reich presented Theresienstadt as an alleged “Jewish model settlement” to various foreign visitors. 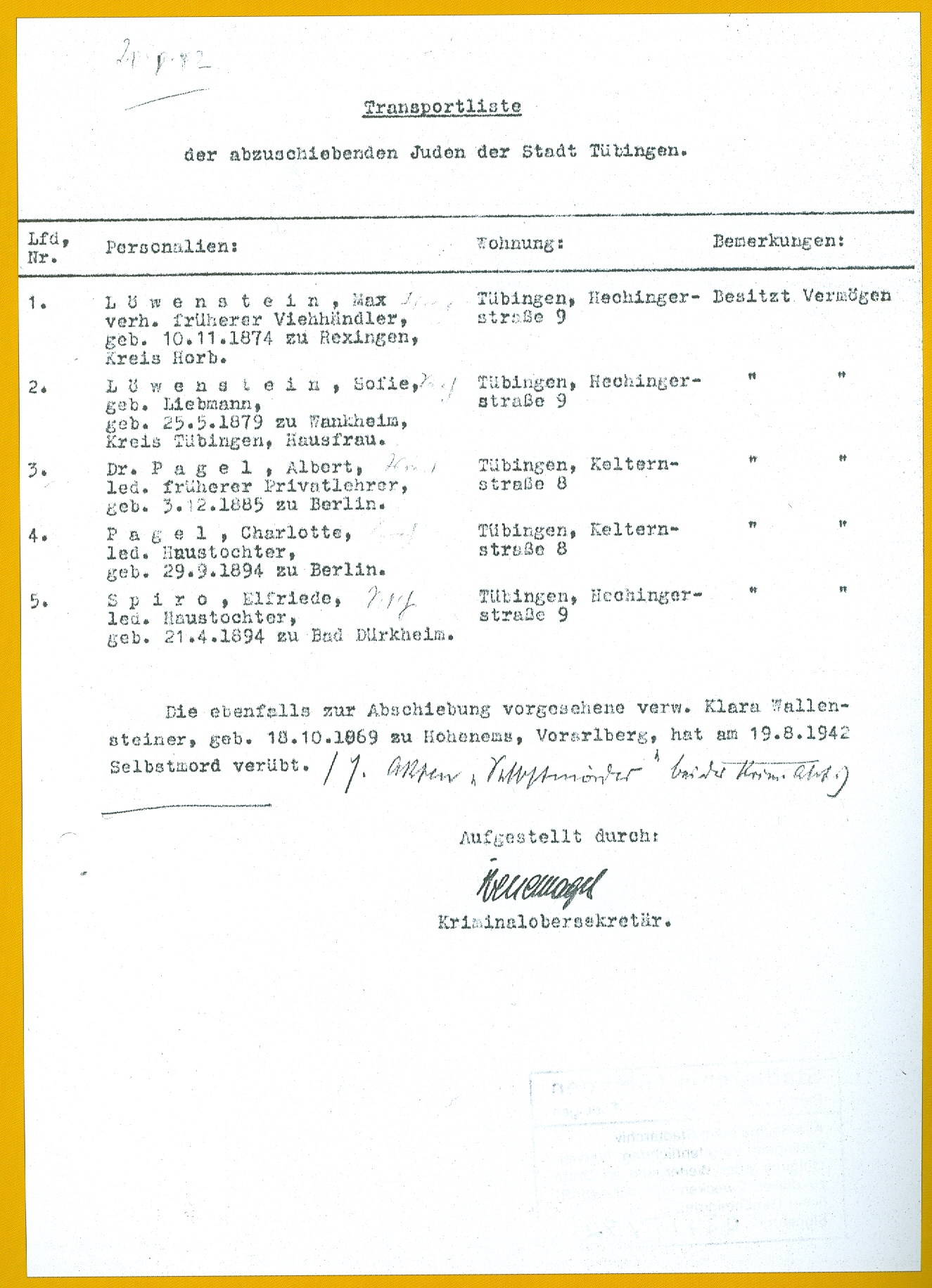 The number of people in the ghetto fluctuated greatly. Between autumn 1942 and the end of 1943, there were often significantly more than 40,000 people. There was an acute shortage of space, protection from extreme temperatures was lacking, as were sanitary facilities, and the rations were far from sufficient. In autumn 1942, more than 100 people died every day.

The total number of men, women and children deported to the Terezín ghetto by the end of the Second World War was about 140,000, 42,821 of them from the German Reich. Among the deportees were about 15,000 children. A quarter of the prisoners of the Theresienstadt ghetto (33,456) died there, mainly because of the living conditions caused by the German Reich. The death toll included 20,848 Jews from Germany alone, which was 48.57% of the total number of prisoners from German transports and thus one in two. Barely six weeks after the arrival of the deportation train from Stuttgart on 22 August 1942 in Theresienstadt, about 25 percent of the deportees were no longer alive.

This article was written as part of the seminar “Biographical Work in Remembrance Culture” by Prof. Wolfgang Sannwald at the Ludwig Uhland Institute for Empirical Cultural Studies in the summer semester of 2020. The most important source was the research and account of a survivor: Adler, H.G.: Theresienstadt 1941-1945. The Face of a Forced Community. Tübingen 1955.