Born Julius Berthold Spier on 12 December 1925 in Tübingen at the women’s hospital. His father is the teacher Gustav Spier, mother is Herta S., née Bloch, both living in Haigerloch. His sister, Ruth S., married Ben David, was able to flee to England.

The father Gustav Spier was imprisoned in the Dachau concentration camp after the Reich Pogrom Night in 1938, where he was released on 5 December 1938.

On 27 November 1941, Julius Spier and his parents were taken by passenger train to Stuttgart, where they were forced to stay with about 1000 other Jews in the collection camp on the Killesberg. On 1 December 1941, they were deported from Stuttgart to Riga-Jungfernhof. 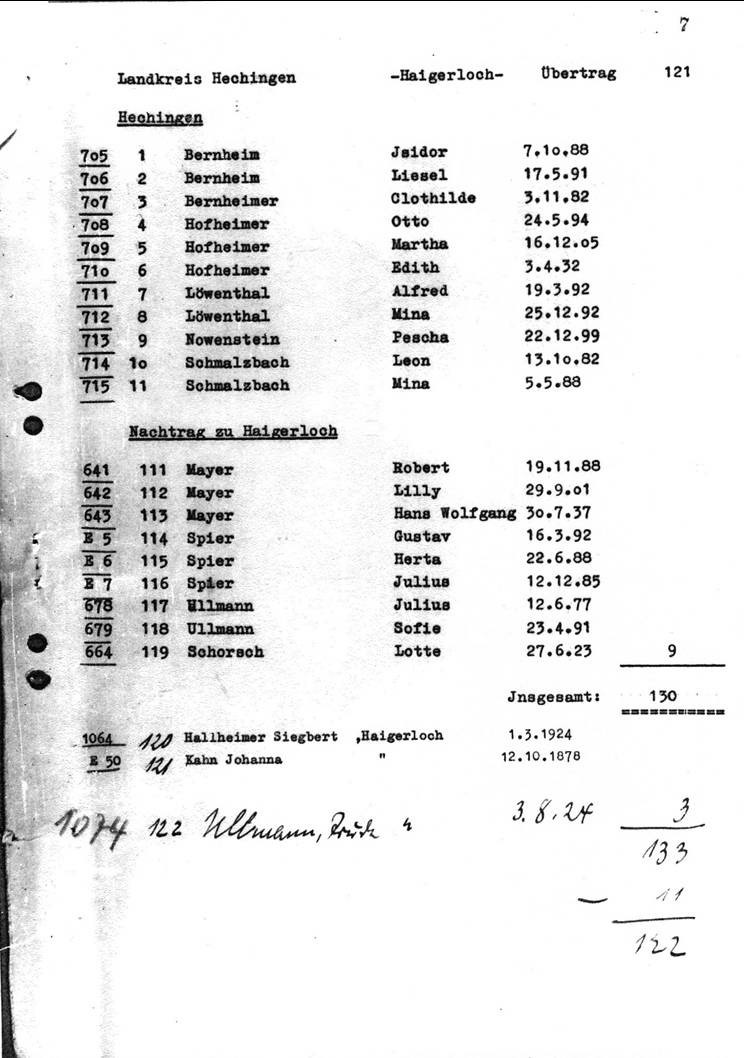 After the end of the war in 1945, her sister Ruth made a search request regarding her brother Julius. On 21 March 1946, the French military government in Tübingen replied. According to this, the brother had been deported from Haigerloch on 27 November 1941. According to the witness Zelma Weil (note: presumably Selma Weil is meant, born 24.04.1905 in Haigerloch), who was also deported to Riga, Julius S. was shot by the SS in the Riga concentration camp in May 1943. His parents were also killed in the Riga concentration camp.

In her Page of Testimony, the sister states Salaspils 1942 as the place and date of death. It is unclear in which year the sister gave this information.

Search request of the Central Tracing Bureau UNRRA US Army on 11.2.1946

Answer from the Government Militaire regarding the search request for Julius Spier on 12.3.1946

Page of Testimony “Julius Spier” from the sister (170), incl. photo of Julius S. as a child

Page of Testimony “Julius Spier” from a relative (171)

Page of Testimony “Herta Spier” (mother) by the daughter (174), incl. photo of the mother.